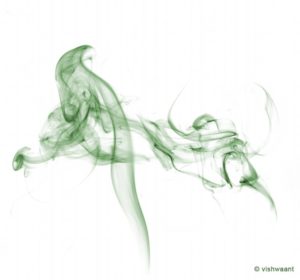 “Reduce carbon emission” by vishwaant avk is licensed under CC BY 2.0

Academic practices are carbon producing activities that contribute greatly to climate change, especially if travel is considered. But conscious efforts to reduce carbon emission in research projects are still rare. Climate change has serious consequences for all of us, but most often affects poorer communities in postcolonial and postsocialist spaces. Researching in and about these spaces in our project, Re-Connect / Re-Collect: Crossing the Divides through Memories of Cold War Childhoods funded by KONE Foundation, created an ethical dilemma for us. From the beginning of the project we therefore decided to approach our research by producing the least ecological footprint possible. This statement reaffirms our commitment and outlines our approach to engaging in research practices driven by environmental awareness, care, and considered actions for a more sustainable environment.

In the postcolonial world, climate change, along with land, air, and water exploitation for resource extraction – mostly benefitting the western world – have caused numerous natural disasters, ranging from reduced biodiversity and mass extinction of species, to floods, draughts, and desertification among many others. It has also led to famine and produced new patterns of population displacement, triggering increasingly restrictive border regimes in the western world and setting off anti-immigration rhetoric, while failing to develop legal frameworks for ‘identifying’ and addressing the needs of ‘climate-change migrants’. Combined, such dynamics have resulted in a geopolitics of fear against climate-induced migration.

Furthermore, the environmental struggles in the postsocialist spaces have been marked by the socialist legacies of forced agricultural modernisation, such as engineered landscapes and reduced agro‐biodiversity, and extensive industrialisation, such as air and water pollution and land degradation. Adding to these socialist legacies are new environmental problems typical of the deregulated market capitalism, such as car traffic, waste production from increased consumerism, uncontrolled urban development, degradation of agricultural land, and deforestation. In this context, a 2018 UN report predicts future increases in climate-induced migration from the postsocialist region.

Given the urgent imperative to limit climate change, many ‘advanced’ economies have agreed to reduce their greenhouse gas emissions by 80-95% from the 1990 baseline by 2050. However, from those same countries, emissions from international aviation have increased by 53% between 1990 and 2011. Only 2-3% of the world’s population travel regularly by air, and they mostly reside in ‘advanced’ economies. However, the effects of air travel on the climate and environment are felt by a significantly larger proportion of the world’s population, in particular, by the poorer communities in the ‘Global South’. Academic researchers are among those contributing the most to this type of greenhouse gas emission by regularly flying to conferences, lectures, seminars, workshops, or for fieldwork. Academics thus contribute to reaffirming unjust world hierarchies, further destabilizing the environment through uncritical and unreflective use of their flying privilege.

Although universities are often involved in research-based initiatives targeting various communities towards limiting carbon footprints, they rarely reflect on their own airflight habits. One strategy widely used by universities for countering their emissions is purchasing carbon offsets. However, this strategy has been criticized as being misleading and lacking legitimacy or leading to plausible long-term results, thus hindering institutions from engaging in strategies that could offer actual changes, such as low-carbon travel and video-conference technologies. Instead of thinking about shifting responsibility, universities must be leaders in tackling climate change. That is the reason why Danish academics signed an open letter asking their universities to lead by example and implement climate friendly policies.

Others take action by organising large-scale video-conferences instead of conferences where thousands of academics come together by flying, thus reducing their carbon footprint by around 99%. There are also calls for conferences to be organised in a decentralized manner in several regional centers in order to enable low-carbon land travel as an option. Trains, buses, and ships are examples of low-carbon travel alternatives, although they require more time and can sometimes be more expensive, thus necessitating a change in academic culture and mentality such as expectations of fast and cheap travel to conferences, fast networking or being constantly available for faculty meetings, administrative requests and supervision.

Importantly, such actions raise a critical question of shifting perspectives regarding academic socialization and knowledge dissemination. The apparent benefits of disseminating research results and pursuing professional networking through face-to-face interactions might be based on ritualized academic practices. A shift of perspective would entail seeing the benefits of engaging with a wider audience through online and other open platforms. Some proponents of reducing academic carbon footprint from air travel have additionally suggested measures such as more transparent university reports and internal carbon taxes as well as recording and comparing travel footprint among researchers. An increasing number of academics has already made public commitments to no more air travel, setting themselves as examples to their colleagues and the broader academic community.

Efforts to envision alternative futures through research have to go hand-in-hand with our daily academic practices and life habits. Failure to do so would imply a certain degree of hypocrisy. In light of these numerous considerations and pressing climate change concerns, our project, Re-Connect / Re-Collect: Crossing the Divides through Memories of Cold War Childhoods, commits to engage in research and knowledge dissemination practices with keen awareness of environmental implications.

Our international project team includes 8 academic members and 7 creative industry and artist collaborators located in different parts of the world. We will recruit 80 participants from all around the world and aim to engage with the public internationally. To reduce greenhouse gas emissions, we will organise online data gathering workshops. Many activities – readings groups, exhibits, data analysis labs, writing workshops, theatre performances and an anarchive – will be organized through open-access online platforms. These platforms will also widen participation to include the broader public.

We will also bring fieldwork closer to participants. We will conduct memory workshops in four different geographical locations, enabling academics and artists residing in and around these areas to join our workshops face-to-face, instead of accumulating air miles. We will actively encourage participants to avoid air travel and by subsidizing land travel if more costly. While we anticipate that some air travel cannot be avoided, we will strive to significantly limit our project’s carbon footprint by changing our own mindsets and practices – as well as encouraging the necessary change among our collaborators and participants to contribute to more environmentally conscious and sustainable research.

The Team of Re-connect / Re-collect